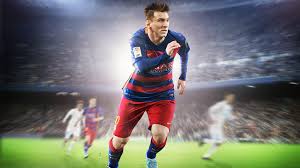 It’s one thing to pick the best team in FIFA 16, but unless you know who the greatest players are, you may have trouble on the pitch. Fortunately we dug into EA Sports’ feature-packed and gorgeous sports game to cherry pick the most talented superstars in football.

10. David Silva – Manchester City / Andrés Iniesta – FC Barcelona
We have a tie at number 10,simply because both players are just that darn good. Playing with either of these midfielders will give you an unparalleled feeling of control in the middle of the pitch. With passing ratings of 90 and 89,respectively,Iniesta and Silva can thread the needle in the tightest of areas with pinpoint passing that can open up huge scoring opportunities and completely change the complexion of matches.

9. Thiago Silva – Paris Saint-Germain (Brazilian National Team)
Defense has completely changed in FIFA 16,and Thiago Silva is a force to be reckoned with on the back end for PSG and Brazil. Defenders have AI redesigned to recognize threatening plays and they can cover runs they may not have seen in the past. This was put into the game to diminish the ability of speedsters like Gareth Bale to easily leave defenders in the dust on their way to scoring chances. Frustrate your opponents with the highest-ranked defender in the game,and capitalize on the turnovers he forces by using counter attacks to push forward with the change of possession.

8. Eden Hazard – Chelsea FC (Belgian National Team)
Eden Hazard has officially earned his spot on this list with the best players in the world,with 90 Pace,92 Dribbling,84 Passing and 82 shooting. Those numbers don’t lie,as Hazard is clearly one of the most well-rounded players in the game. Feed him the ball early and often,and take advantage of his playmaking ability from box to box. A 4-star rating with his weak foot allows players to score from literally anywhere with a well timed strike. Some players have spoken out about his 4-star special move abilities,but Hazard with 5-star moves would be overpowered.

7. Neymar Jr. – FC Barcelona (Brazilian National Team)
Speaking of weak foot and skill move ratings,Neymar has 5 stars in both. After an amazing year with Barcelona,Neymar is one of the most dynamic players the FIFA franchise has seen. His ability to create space with his dribbling opens up lethal opportunities for his world-class teammates to capitalize on. Barcelona’s legendary “tiki-taka” style,utilizing short and quick passes,can get defenses out of position and open up runs on the back side.

6. Zlatan Ibrahimovi?- Paris Saint-Germain
A fan-favorite for years,Zlatan is still a monster in this year’s FIFA. It can be next to impossible to get the ball away from the 6’5” Ibrahimovi?,and once you get too close,he can turn that big body and beast his way through tight spaces for point-blank opportunities on goal. Players wanting a physical force should look no further than Ibrahimovi?.

5. Arjen Robben – FC Bayern München (Netherlands National Team)
One of the most tenacious competitors on the planet is Bayern’s Arjen Robben. The Dutch national has everything a player needs to dominate the game. Keep defenses guessing by sending precision crosses and entering the box from the right side for opportunities at goal with left footed finesse-shots. Work the give-and-go with Robben,as he can easily keep the ball in traffic,and catch aggressive defenders flat-footed.

4. Luis Suárez – FC Barcelona (Argentinian National Team)
Champions League stand-out Luis Suarez is a 90 in this year’s game after a +1 upgrade. Along with the 3 other top 10 players from this list,Barcelona is borderline unstoppable with their attack. Suarez has had some behavioral issues in the past,but his performance is always world-class. Use Barcelona and score in bunches with the dream team that took home the Champions League.

3. Manuel Neuer – FC Bayern München (German National Team)
Want an instant advantage?Start the best goalkeeper in the game. Manuel Neuer has been the model of excellence worldwide between the posts over the past couple years. Players will enjoy Neuer’s insane athleticism as he blocks shots that would almost certainly be goals if they were fired at a different keeper. Neuer himself can completely change a match with the flick of a wrist.

2. Cristiano Ronaldo – Real Madrid FC (Portugal National Team)
Ah yes! The age-old argument of who is the best player in the world. Well,according to FIFA’s numbers,it is not Cristiano this year. The 93-rated Ronaldo is an absolute freak on the pitch. The definition of a full-package player,Ronaldo can do it all. Shoot at will with either foot,and use the room the defense gives Ronaldo out of respect to make big advances on the field. If the D tightens up,use speed and shiftiness to shake free and rain shots on the net.

1. Lionel Messi – FC Barcelona (Argentinian National Team)
Messi takes the crown as FIFA 16’s best overall player. The 94-rated Argentinian is breaking every scoring record in sight,and possesses the speed and strength to take on any defender in the game with ease. It doesn’t hurt to have one of the best supporting casts in the business,which magnifies Messi’s excellence by way of limitless chance creation. Messi’s quick feet allow him to slice through defenses even in the tightest traffic.

These players is so good,you can buy it use FIFA 16 coins.