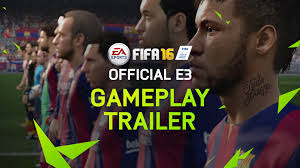 There comes a time when sluggishly picking up your controller and prodding the buttons until you manage a 1-0 victory over Tottenham Hotspur doesn’t quite fulfil your gaming needs. You have became complacent and lazily worked out a generic winning formula that grinds out results as you lie horizontal in your pyjama bottoms and yearn for the enthusiasm that once circulated through your veins.

The margin for victory in football can sometimes be small,which means that scoring technique is quite possibly the most important aspect of any player’s skillset.You may only have a few opportunities to score per game,so here are some ways to assure you make the most of your chances in FIFA 16 and earn more fifa coins.

Both near-post and far-post finishing have been improved in this year’s game.When a player enters the box at an angle,aim toward the near post.Once the thumb stick is aimed,press the shoot button and fill the power meter no more than two and one-half bars.In tight games,always remember to underpower your shots,rather than overpowering them.Even if a shot is underpowered,the keeper will have to make a save,and oftentimes,this can lead to rebounds in the middle of the box that can result in game-winning goals.If you try to get fancy and hit a harder shot,the ball will sail out of play and the opportunity will be completely wasted.Far-post scoring has been improved to a point that it has become a viable option with either foot when entering the box from a more direct angle.

If a player is approaching at a tight angle and has the ball on his or her strong foot,activate the finesse shot with R1/RB.Rather than shooting the ball directly at the keeper,the shot will be struck with the inside of the foot,kicking the ball wider and applying side spin to bend the ball around the keeper into the far corner of the net.The finesse shot is most effective when a player is running horizontally across the face of the goal,allowing him or her to start the shot wide enough to curl in.Using finesse is also the best way to catch a goalie flat-footed from outside the box.

There will be times when there is high-pressure defense in the box,and the keeper will be within 5-10 meters of you.The best option in these situations is to try to sneak in a ground goal.Quickly tap the shoot button to send a ground shot low and away from the keeper.This is without a doubt the most efficient way to score close-range goals.

Scoring with power shots from outside the box is risky.Always look for teammates in support when on the attack.Long shots can go in sometimes,but oftentimes looking for support play can lead to better angles for shots and the potential to catch the keeper off guard.Be sure to utilize the Passing with Purpose feature by holding R1/RB while passing across the box with pace to expose a potential opening.

– Use finesse shots when shooting from tight angles,and from corners of the box.

– Tap the shoot button to send a ground shot under the goalie at close range.

– Use less power to be safe.Saved shots can create rebounds and big opportunities.

Perfecting these tactics will take time and practice,but once you master these killer finishing tactics,you’ll start winning games with ease.