Level 65 is a watershed for MU players in MU Legend. After you reached it, you will need the more Magic Gems the better. As we all know, Magic Gems in MU world are used on a lot of things, Crafting, enchanting/upgrading your items, rerolling a mainstat/substat on a piece of your equipment and many more. So it’s really important to farm Magic Gems on the dungeons that gives magic gems.

In this article, we’ll conclude many useful tips and tricks to teach you guys how and where to get as many Magic Gems as possible. 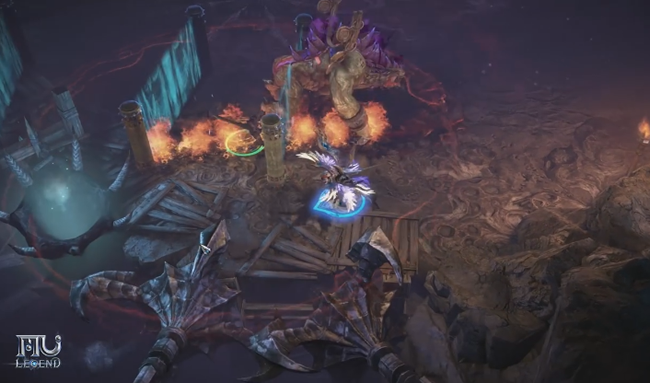 from the name itself, you can get alot of Magic Gems in this dungeon, so you’d better do it everyday.

The Rift is mainly for farming Magic Gems.

It’s a time attack dungeon, but yeah it has a time limit of 10 minutes. The main reward on this dungeon is Jewel of Bless and Magic Gem Pouches, and if you clear it in about 8 minutes or more you wouldn’t get that much of a reward.

Fabrice’s Garden provides you with materials like Whole Newk and Whole Crystal, these mats are for Rerolling one of your mainstat/substat on your equipments, also from the boss cube that you can obtain in this dungeon you can get Pets and Evolution Stone Fragment and Evolution stone. Evolution Stone Fragment are used to craft an evolution stone which u can use to evolve your pet, so doing Fabrice’s Garden everyday!

Lupa’s Labyrinth is a dungeon that gives your artifact EXP to level up, at the boss room once you kill the boss it drops a Broken Artifact Fragment, Lupa’s Boss Cube(although not at 100% chance, it has a 40% chance to drop), and Artifact EXP that you need to loot so that your artifact gets EXP, you need about 50 Broken Artifact Fragment to craft a whole artifact. 40 pcs are used to craft the essence on the crafting npc that can be found in towns and the 10 pcs are used to create the 2 artifact essence into a whole.

Note: Lupa’s Labyrinth floor 1 to 15 can be soloed but above that you need to find a group ( also you need to be decently geared if you want to solo, if not then find a group of ppl you can do it with.

You get to fight the other player’s AI in a pvp match and if you win a streak of 10 you get a decent amount of Magic Gems, so yeah it rewards you mainly with magic gems, also if youre on top of the board you will get rewarded with a decent amount of Fighter’s Token which you can exchange for useful items at the PvP Merchant which can be found in Ohrdor.

There are three kinds of mythic dungeon: Pit of Nightmare, Heath Mine, Sky Temple. Mythic difficulty on these dungeons are unlocked once you reached level 65, at mythic difficulty you have a chance to get a Ancient/Mythic Grade Equipment or materials that you can use to craft Ancient/Mythic Grade equipmenet at the crafting npc as a drop at the Boss or in the Boss Cube, this is your first step to gear yourself decently inorder to solo some dungeons that we mentioned above.

Sanctum of Dragon Knights and Dragon’s Haven these two are the hardest dungeon in game, it can drop ancient, mythic and epic grade set items. Epic items are considered to be the strongest piece of equipment in the game.

It’s a good suggetion that doing epic dungeons once you’re decently geared, the first run might be hard for you but thats how you learn the pattern of the mini boss and the final boss also dont use the auto party function. When entering these dungeon, find a group of people to do this in order to have a succesful run.

now on the next tab on your game menu you can find the Daily Mission Tab, do the daily mission everyday its a 4 run of mythic dungeon(the kind of mythic dungeon that you need to do is listed on that click the Mythic Mission) do it everyday because it rewards you with Dukan’s Proof, which is used to buy a Epic Grade Gloves or Helmet at the Daily Mission Merchant found in Ohrdor!

For more MU Legend tips and tricks, stay tuned to U4GM. You can choose www.u4gm.com where you can buy cheap MU Legend Zen.