In Path of Exile, there are many new spectre player, I feel like someone should have shared some tips regarding spectre. I will start with my “I wish I know this when I start playing spectre”:

1. Lvl of desecrate and raise spectre affect your Spectre’s level. Although this is obvious, some people might miss this information(like me), spend soemtime summoning t16/17 spectre only to foudn its actually still low level because of the gem level. 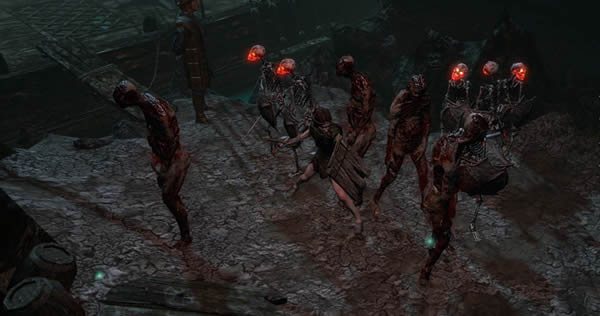 2. Linking spell echo to your desecrate will help a lot when you are trying to look for the right spectre. Furthermore, desecrate enchant on helmet are relatively cheap and is also helpful. Enough poe exalted orb can make things easier.

3. Join global channel 6666( type/global 6666) for a global channel where everyone share a spectre map( even after the desecrate change, I think people can still share information regarding spectre there).

4. Enchanting your bone of uulr will remove one of your spectre.

You also need to know these tips:

1. You can also go to town, put on a different armor, and socket raised spectre into the same socket location in new armor and Spectres will still persist. Useful for things like upgrading ur armor from Tabula to something else/etc.

2. It’s important to learn how to use convocation, desecrate, and offerings in boss fights. This is how you move, heal, and buff your minions. move your minions with convocation just before large slams or beams.

5. Something I learned far too late was that you can press “a” to target corpses. I was always trying to get 4 spectres in a row and would mess up and have to desecrate over and over until I finally got the 4 I needed. Holding “a” also shows the name so you don’t accidentally take Tukohama warriors instead of Tukohama Vamguards.