We’ve all talked to death the various problems, bugs, or design flaws with the Bestiary league and its mechanics. I thought it might be interesting to flip it and talk about the things we liked about it or thought it did well. 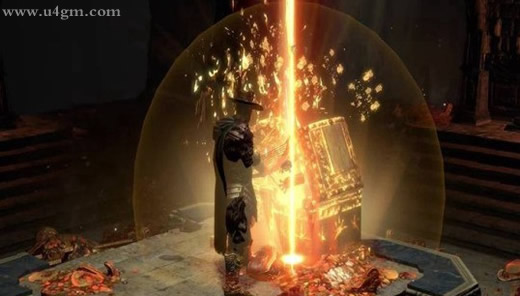 1. The aspect skills. They’re stylistically different from heralds even while occupying a similar space. While the alternating buffs of Cat/Avian is slightly offputting, both alternated buffs tend to be useful, helping to mitigate that factor. The interaction with the armor sets is interesting, although it wasn’t enough to push me to actually use any of the gear, but there’s obvious potential with some of it.

2. The yellow/red beast fights. They drop a satisfying amount of loot after the buffs, and every now and then you encounter one that’s a difficult enough fight to be interesting. The only downside here is that we’re incentivized to dedicate part of the fight to capturing them instead of just enjoying the fight. When you find a truly difficult beast (e.g. ghosted + essence + beast, or just a particularly difficult combo on a red beast) it’s a fun challenge!

3. Easy crafting of flasks. It’s so nice being able to alt spam a flask for the prefix I want, then go and beastcraft the appropriate immunity/removal suffix on afterwards. This isn’t powerful outside of the early league, but it’s so much less frustrating that trying to alt-aug or buy the proper prefix+suffix combo.

4. Einhar. He’s a nice way to give the league some human character. His dialogue is fun without lessening the setting’s tone or style.

The unique belt craft also gave me a HH, so I feel obliged to give that a shoutout here even though I otherwise don’t find the unique item beastcrafts compelling gameplay. https://www.u4gm.com/path-of-exile